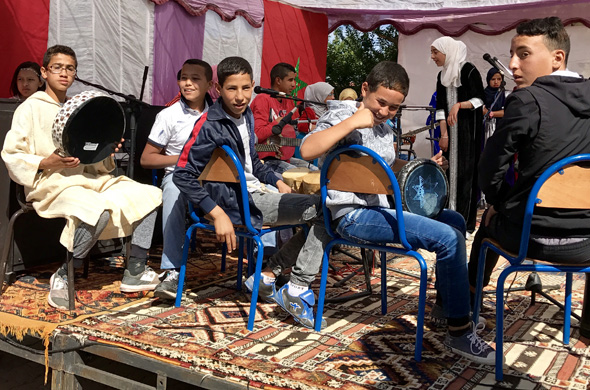 Having taken a new foundation project in Africa under our wings at the beginning of 2017 – the music school in Asni – it was now high time to see the work there for ourselves. This happened on a visit to Asni in the region of Marrakesh, Morocco, from 4-7 May 2017 which far exceeded our expectations of the project’s development status. Going around with our friends Angelika and Dietrich Harthan, who set up the music school, we were really impressed by the outstanding work done by our friends from Stuttgart and Ansi. 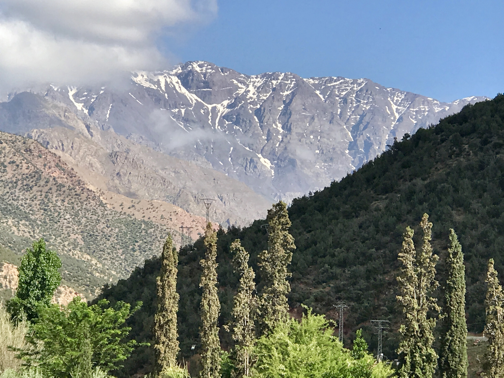 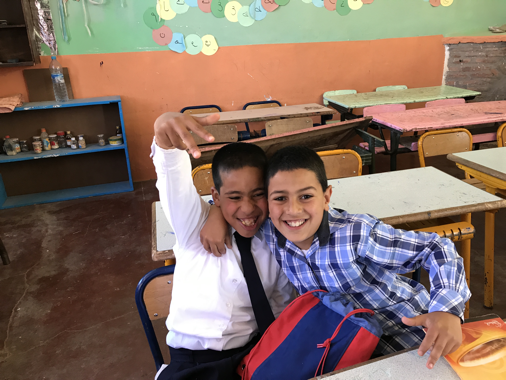 The high Atlas and the children of Asni

Firstly by the people involved, the principal of the primary school in Asni, Mustapha Lghlafi, the parent representatives of the local parents’ association, our local project leader, Omar Bouhmid, and, of course, our music teacher, Kamal Nedali. It was a great joy to meet a group of such highly motivated and committed people, for whom the musical work with the children of Asni and the surrounding area seems to be a real passion, which everyone involved is hooked on.

A project conference held at the start of our visit with all participants made clear that this is not just some random prestige project for the people concerned but that everyone involved is also actually really interested in the background to music teaching and in music. This was evident not least in the recording of a short introductory presentation of the Media Foundation, which was given in English and, apart from the background to the Foundation’s work, also addressed topics such as musical education and neuronal development for promoting the creativity of children and was very positively received. 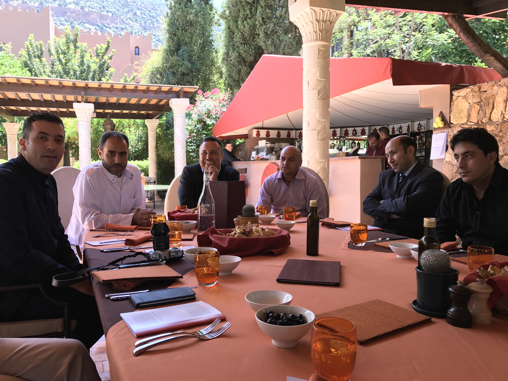 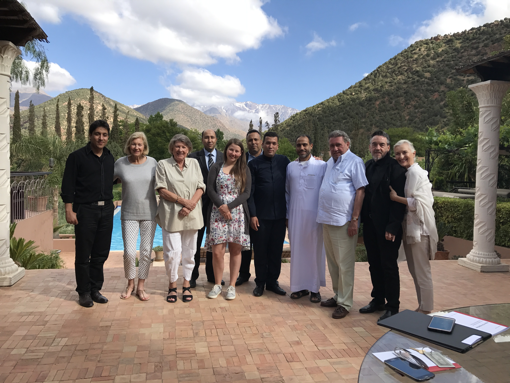 The committed parent representatives, a highly motivated principal and our foundation employees, Omar and Kamal, were the supporting pillars on the second day of the visit for a scheduled school party of the school in Asni, which focused on the giving of various prizes to pupils, parents and teachers, and in particular on the presentation of the new music school. 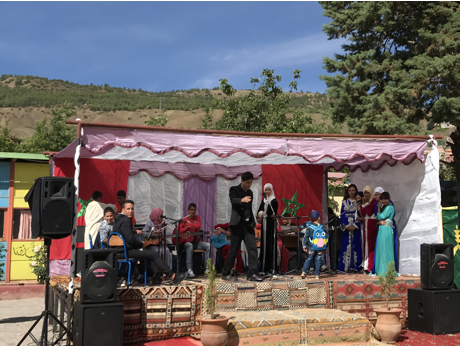 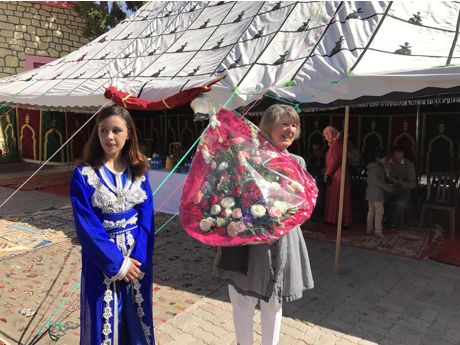 The work of the music school was presented with a series of new singing and instrumental interludes at a four hour-long festive event. It was the first time in front of such a large public gathering and international audience, and also the first time outdoors with the necessary electronic amplification system. 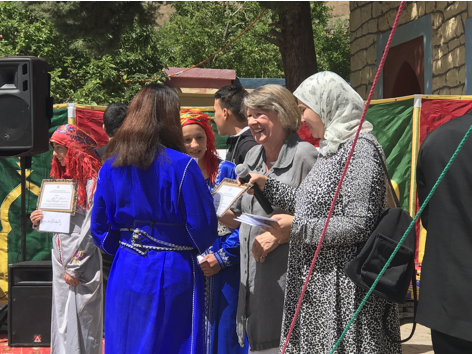 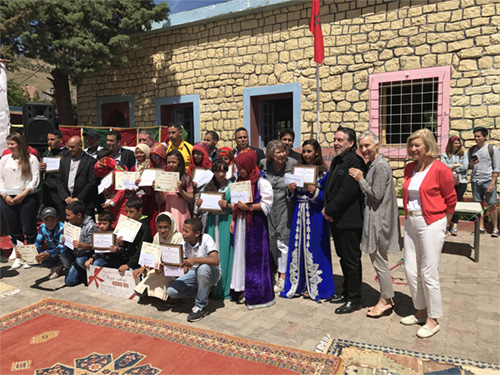 Teachers, parents and sponsors at the presentation of the annual prizes

It was extraordinarily moving to experience the children at work, who brought suitable presentations to the stage – sometimes on their own, sometimes in groups – which unleashed a torrent of applause from the other children and, of course, the parents.

It was notable how pupils in the 1st to 5th grades withstood the long time in the glaring sunshine and remained quietly in their places with patience and endurance, at least until a crafty magician walked on stage at the end of the event and presented the whole repertoire of Moroccan magic in addition to doves and flying secretary birds. 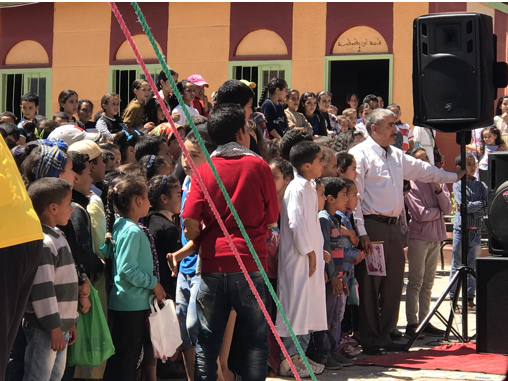 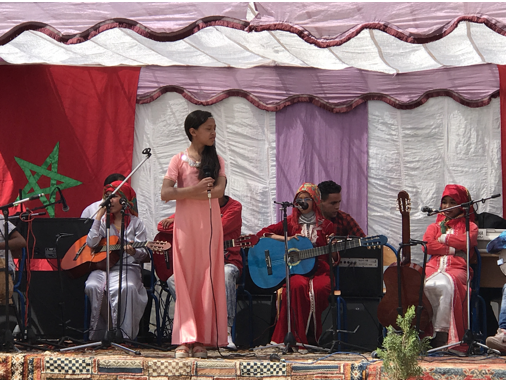 All in all, it was an extremely successful party, which also provided the setting for closer inspection of the space available on the school premises. This was needed because of the necessary construction of the school’s own music room, which can be viewed as one of the next and most pressing investments of our small music school and for which donations have to be collected without delay. 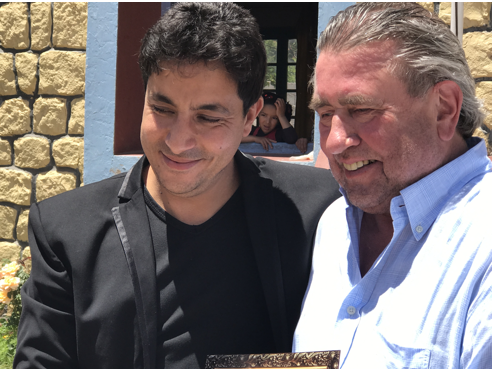 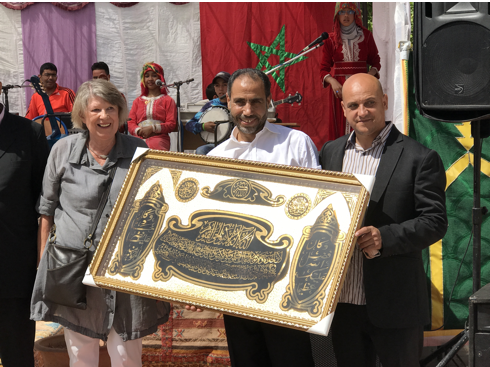 It is important to know, as far as the significance of our work in Asni is concerned, that our employee Kamal has already been appointed by the regional school authority to develop a concept for expanding the work done by our music school as part of the local education work to other schools in the Marrakesh region in order to anchor appropriate work elsewhere.

The Harthan Asni School of Music

Any cookies that may not be particularly necessary for the website to function and is used specifically to collect user personal data via analytics, ads, other embedded contents are termed as non-necessary cookies. It is mandatory to procure user consent prior to running these cookies on your website.