Startseite > The Asni School of Music

The Asni School of Music

Starting point of the “Asni School of Music” was the encounter of Angelika and Dietrich Harthan with a senior executive of Sir Richard Bransons “Kasbah Tamadot” in Asni, Morocco. 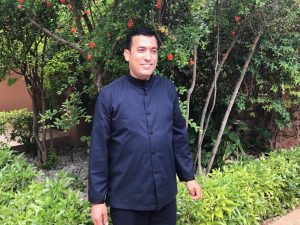 In the many conversations Omar Bouhmid explained the living conditions of Moroccans in the local High Atlas mountains, which led to a meeting with the headmaster of a school in nearby Asni, who looks after approx. 570 pupils in classes 1 – 5. These children come from across the region of about 20,000 inhabitants; Asni itself has a population of about 3,000.

The headmaster explained the need to teach music and also presented a room where he would like to give music classes music, but lacked the resources to do so. After many discussions about how to address the matter, the idea was born to open a youth-music-school in Asni. 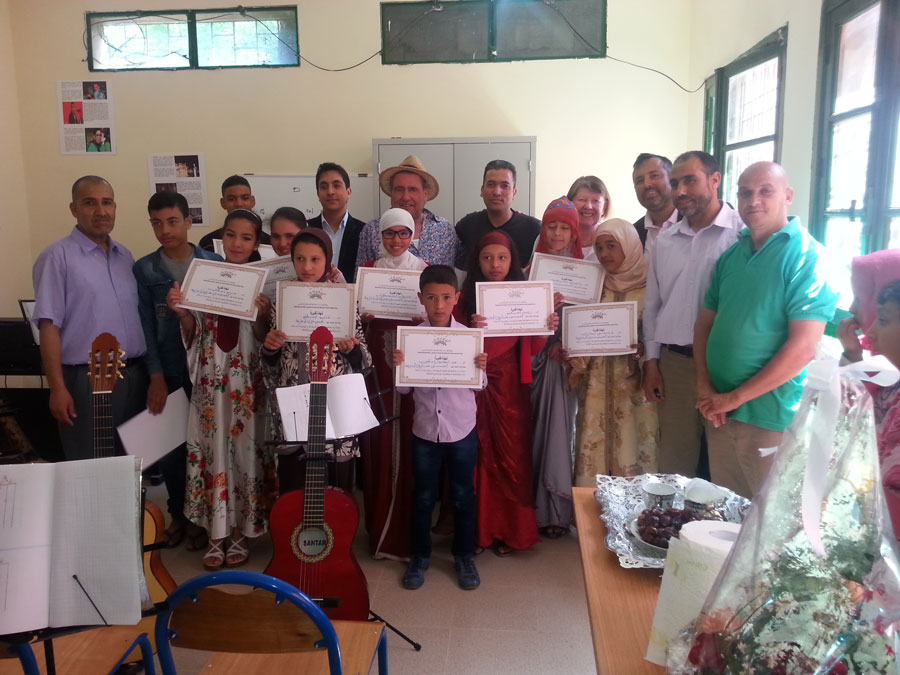 Omar was instructed to find a music teacher who could teach the pupils. At the same time, the headmaster made enquiries through the Parents’ Association of the school as to whether any of the 570 or so pupils were actually interested in learning music. The condition was that boys and girls would attend classes together.

Omar luckily found a music teacher who was excellently qualified for the job. He is a well-known musician who, amongst other things, has already released four of his own CDs in Morocco. His name: Kamal Nedali. Omar and Kamal set about looking for the first instruments and the good news from the headmaster was, that of the approximately 570 pupils, more than 100 wanted to study music, both girls and boys! Interesting to know, that it takes some of these pupils 2 hours to walk to school, there are no bicycles, only the occasional bus; in other words, it’s quite exhausting.

All of this led Angelika and Dietrich Harthan to firing the starting shot: Omar and Kamal where instructed to buy instruments, the money to pay for them was send to Morocco. A second-hand piano could only be found in Casablanca, which the two of them had brought over. They purchased seven guitars, a keyboard, percussion instruments, two ouds, a violin etc. 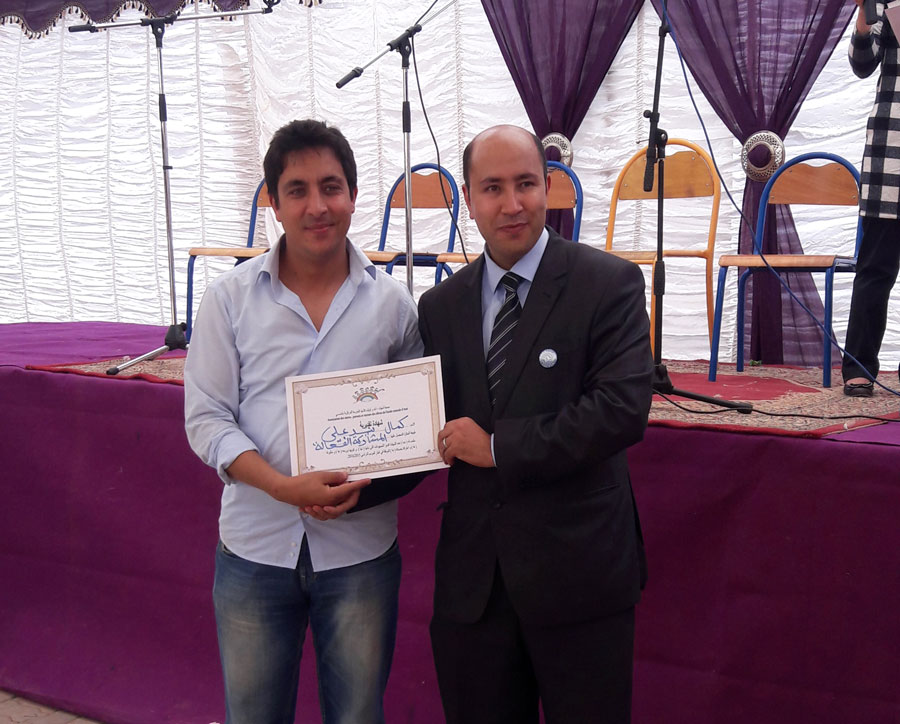 The Parents’ Association organised a big party to get things started; people baked cakes and sweet Moroccan specialities, there were dates, milk, the traditional peppermint tea. The music teacher wrote a first program, a brochure entitled “Teaching music to students of Asni”, in which he named everyone involved:

Since the music school is located outside the village between scattered farms, cameras have been installed on the school premises for security reasons. 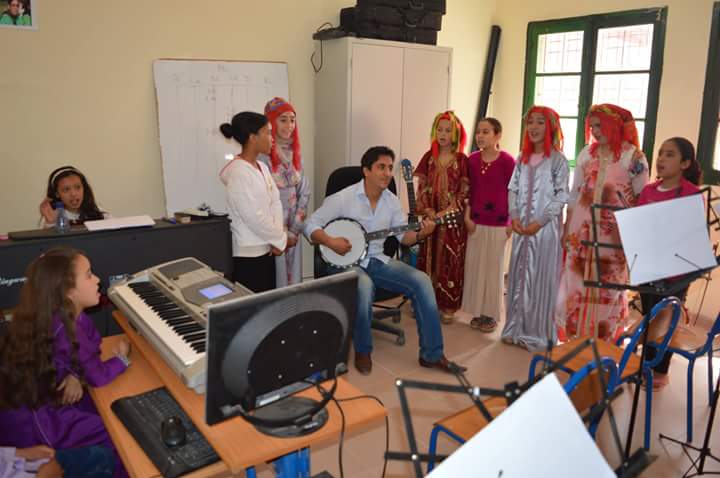 The director of the “Kasbah Tamadot”, Mr. Vincent Padioleau and the local staff kindly supported the project; the members of the “Association of Mothers and Fathers”, namely Mr. Mohamed El Mouden and Mr. Rachid Iddqi, cooperated enthusiastically to ensure the project was launched on 1 December 2015.

The music school is up and running and financially established, the pupils and everyone involved are incredibly enthusiastic, Mr. Kamal Nedali, the music teacher, teaches at least four hours of music every Sunday and the pupils learn diligently.

The Asni School of Music has recently become a partner of the German Media Stiftung located in Stuttgart, Germany and expects an increase in professionality of administration in joining this organisation as a kind of sub-foundation. Media Foundation – which works in the fields of education, ecology, arts and culture – welcomes this new cooperation with “The Asni School of Music” as an interesting field of activity of culturally supporting one of the home countries of the many refugees arriving in Germany.

We are very grateful to receive donations for the “The Asni School of Music” for which charitable donation receipts are gladly given by Stiftung Media.

This website uses cookies to improve your experience while you navigate through the website. Out of these cookies, the cookies that are categorized as necessary are stored on your browser as they are essential for the working of basic functionalities of the website. We also use third-party cookies that help us analyze and understand how you use this website. These cookies will be stored in your browser only with your consent. You also have the option to opt-out of these cookies. But opting out of some of these cookies may have an effect on your browsing experience.
Necessary Always Enabled
Necessary cookies are absolutely essential for the website to function properly. This category only includes cookies that ensures basic functionalities and security features of the website. These cookies do not store any personal information.
Non-necessary
Any cookies that may not be particularly necessary for the website to function and is used specifically to collect user personal data via analytics, ads, other embedded contents are termed as non-necessary cookies. It is mandatory to procure user consent prior to running these cookies on your website.
SAVE & ACCEPT